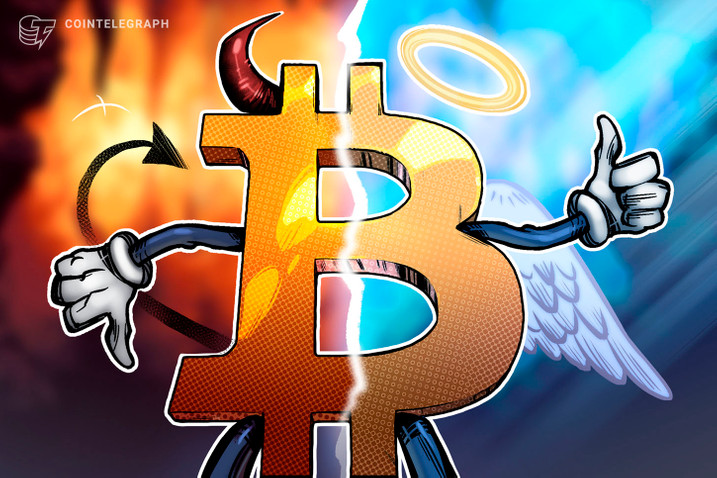 Bitcoin is “back in bull market territory” but traders warn that a retest of underlying support levels is bound to occur soon.

There was widespread celebration across the crypto ecosystem on Aug. 23 after the sight of Bitcoin (BTC) back above $50,000 triggered a resurgence of calls for the top cryptocurrency to reach $100,000 before the end of 2021.

Data from Cointelegraph Markets Pro and TradingView shows that the early morning bullish momentum that lifted the price of BTC to an intraday high at $50,514 began to wane as the day progressed at currently the price trades slightly above $49,0.

Here’s what analysts are saying could possibly come next for the price of Bitcoin now that it is back near the psychologically important $50,000 level.

Bitcoin’s rally to $50,000 led many to assume that the price is only going to go up from here, but analysts from Decentrader offered a word of caution because the lackluster volume seen during the recent move could be a signal that the price may need to regroup at lower support levels.

As noted by Decentrader, there was insufficient volume during this recent move to push BTC price above $52,000, and now it is looking like a pullback to $48,000 or possibly lower could be in the cards as bulls take a break and regroup ahead of their next push higher.

The analysts at Decentrader identified $44,000 and $41,000 as support levels to keep an eye on should the price of BTC suffer a bearish breakdown.

Accumulation near $49,200 is expected

The prospect of a short-term pullback was also highlighted by pseudonymous cryptocurrency analyst Crypto_ED_NL, who is now looking for the price to see a meaningful pullback below $50,000.

Based on the chart provided, Crypto Ed identified the area between $49,100 and $49,300 as a good zone where traders might look to open long positions.

Related: Bloomberg strategist explains why 30-year US bonds have ‘bullish implications’ for Bitcoin

A more bullish take on the current price action was offered by pseudonymous Twitter user ‘RookieXBT’, who posted the following tweet calling for the price of BTC to reach $75,000 by the end of the year.

In a follow-up tweet, RookieXBT noted that while “squiggles almost never work out as drawn,” the overall idea is that BTC will “make a new all-time high before the end of the year.”

“In the time Bitcoin spends between $50,000 and $60,000, I think Ethereum breaks its all-time high after lagging during the initial up move.”