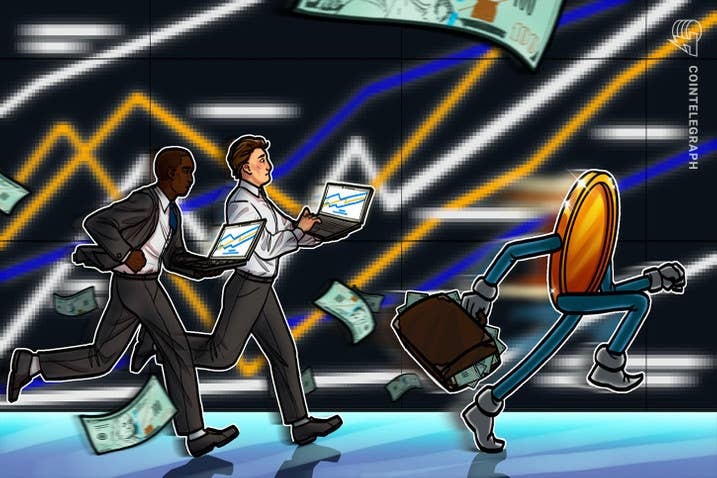 Last week China’s heavy-handed crackdown on crypto trading crypto briefly sent shockwaves across the market as Bitcoin and altcoin prices saw a sharp drop following the announcement, but as is the case with all things crypto-related, the market bounced back as resilient traders found other ways to participate in the market.

Part of China’s goal in limiting citizens ability to trade cryptocurrency seems focused on discouraging the use of cryptocurrencies and the growing decentralized finance (DeFi) ecosystem but these maneuvers appear to be having the opposite effect as the token price and protocol activity for projects like Uniswap (UNI) and dYdX have seen an uptick since the crackdown began.

According to data from Chainalysis, there has been a significant amount of regional Bitcoin (BTC) flows happening within eastern Asia, as highlighted by the tall orange bar in the graph below. This suggests that crypto holders in the region have been shifting around their holdings in response to the regulatory crackdown.

As stated by Chainalysis, “assets typically flow within a region, likely due to preferences for local exchanges, but flows between regions often occur as a result of regulatory concerns, geopolitical changes, or significant market price variations.”

The lack of flows out of Eastern Asia combined with crypto exchanges like Huobi and Binance suspending services for Chinese residents suggests that funds are being kept within the region, but not on centralized exchanges.

Gains in the DeFi Ecosystem

At the same time that this increased movement within the Eastern Asian region was occurring, activity on decentralized exchanges like Uniswap and the decentralized derivatives exchange dYdX has been on the rise as traders in China seek out a safe haven for their crypto activities.

DydX is a particularly helpful data point as it is now the most widely used decentralized derivatives exchange and has seen a spike in demand after regulators from around the world dropped the hammer on centralized exchanges with loose KYC policies that offer derivative services.

According to data from Token Terminal, dYdX is in the top-5 ranking for numerous categories over the past week, including the increase in token price, total protocol revenue, fees paid, the price to sales ratio and the price to earnings ratio. The exchange also rose to the top 6 in terms of increases in total value locked (TVL).

A closer look at the available data also shows that layer-two protocols and layer-one Ethereum (ETH) competitors have also seen some of the biggest gains over the past week, led by Avalanche-based protocols like Trader Joe and Pangolin, as well as the Fantom network.

Above all else, what the recent data shows is that the decentralized finance ecosystem is performing as it was originally intended to by providing an uncensorable way for crypto holders to transact outside of the control and purview of governments and financial regulators.