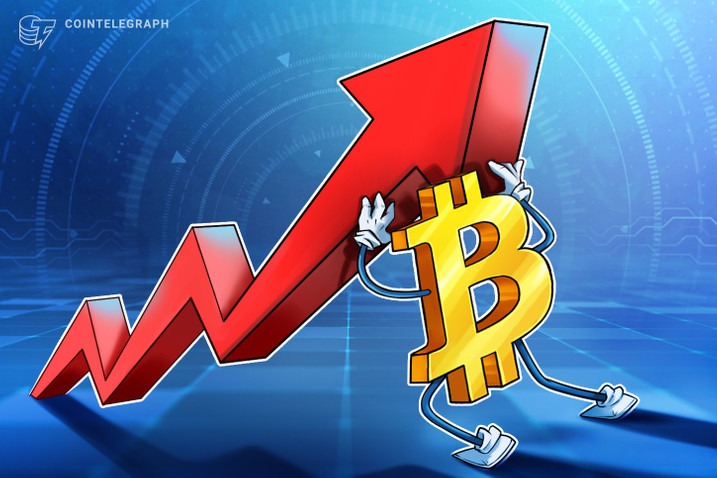 A breakout above $41,000 provoked selling near a key moving average but the move could just be a lower support retest.

The overall mood of the cryptocurrency ecosystem is muted on June 15 with most altcoins trading flat while Bitcoin (BTC) bulls look for a daily close above $41,000 as a sign that the market could be shifting in favor of bulls.

Data from Cointelegraph Markets Pro and TradingView shows that within the last few hours Bitcoin price rallied to $41,330 but the breakout was swiftly met by selling at overhead resistance levels.

Another gauge of investor sentiment as highlighted by Rekt Capital is the 200 exponential moving average (EMA), which Bitcoin attempted to surpass on Tuesday but was firmly rejected.

Bitcoin’s rejection at the 200 EMA was followed by a rapid sell-off to $39,500, showing that a possible move lower is not out of the question.

While most of the altcoin market saw muted price action on June 15, Shiba Inu (SHIB) rallied 33% following the revelation that trading for the token would be supported on Coinbase Pro on June 17.

Icon (ICX) also received a boost following the release of a new Ethereum (ETH) Virtual Machine (EVM) compatible blockchain called ICE. ICE is expected to become the application hub for the Icon project and it will have its own native token.

VORTECS™ data from Cointelegraph Markets Pro began to detect a bullish outlook for ICX on June 13, prior to the recent price rise.

The VORTECS™ Score, exclusive to Cointelegraph, is an algorithmic comparison of historic and current market conditions derived from a combination of data points including market sentiment, trading volume, recent price movements and Twitter activity.

As seen in the chart above, the VORTECS™ Score began to turn green on June 12 and eventually reached a high of 75 on June 13, 10 hours before the price increased 35% over the next two days.

Other notable altcoin performances include a 22% jump from Amp (AMP) and a 20% gain for iExecRLC (RLC) and Ultra (UOS).

The views and opinions expressed here are solely those of the author and do not necessarily reflect the views of Cointelegraph.com. Every investment and trading move involves risk, you should conduct your own research when making a decision.